large investment > Electricity From The Soil.

Electricity From The Soil. 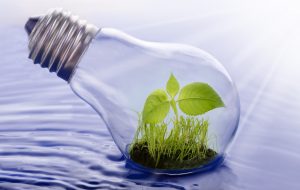 Scientists from Netherlands work hard to make new technology so called Plant-e, which converts to energy plant systems, and so soil can produce electricity.

We all know about such green sources of energy as wind, sun, hydro and bio fuel, but there are lots of others. For example you probably heard about Shell’s project so called “Morro da Mineira”, and the goal of the project is collecting energy from the field during football match or training, so in the evening time because of this energy field will be illuminated.

But let’s come back to our soil energy.

Let’s talk about main principles of getting energy from the soil: scientists get energy which produces from living of plants in the soil. Plants are getting energy because of photosynthesis. Then breakdown products are getting to soil, where there appear electrons and protons. And this staff can be collected and transformed into electricity. And this method of getting electricity doesn’t harm plants.

Scientists made several tests already, and it seems that city gardens can be used not only to grow food, but also for producing electricity. Nowadays it is possible to charge a smartphone from a small garden.

Of course it is not enough for production purposes, but scientists try there best, and soon it will be a really good green business. Because it will be a possibility not only to grow plants, but to get electricity because of this plants.