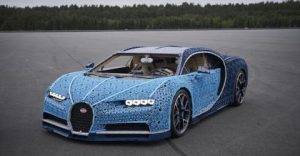 Kinetic Co. in cooperation with Formula E Co. started to develop their own bolide automobiles with AI.

In these later days there are many talks about autos with AI onboard.

On the market there are lots of technologies which help driver to drive a bolid, special software is developed to interact with bolide with no problems for life of a driver.

Nowadays series of the Formula E bolids joined their efforts with Kinetic for carrying out the first in the world bolide race to demonstrate possibilities of vehicles with AI onboard.

This companies decided to carry out each year such kind of races to show all possibilities for bolides with AI onboard. The main goal of such races is to develop the best bolide software.

The main goal for racer team is to make really good software for their bolide, so bolide can very fast solve problems on a track in no time. Such racings usually are carried out on the tracks of Formula E, in the most popular cities of the world. And usually not only professionals take part in a competition, but one of croudsourcing company as well.

And nowadays drone racings are becoming more and more popular.

If you like high-tech business, this one is for you. And you can take part in it as investor, or software developing company, everything is up to you.

Paintbrush For Drawing On Touch Screens

« Phone Bracelet For Children   Electricity From The Soil. »